Since the beginning, brave seekers have aspired to touch the unknown—to reach out for something greater than themselves, to transcend the world of the five senses and grasp the numinous.

This primal, undefined impulse gave birth to both religion and science—one seeking to control humans by limiting the spiritual (and sexual) instinct; the other constraining exploration merely to the material plane.

Magick—a catch-all term denoting humanity's efforts to grasp eternal truths and remold itself by the light of those truths—will not be circumscribed by the ultimately limited goals of either of its children. It merges the aim of religion with the method of science.

The phrase "magick" is deliberately absurd. It immediately offends the ideologues of both religion and materialist scientism, turning them away from the Temple, a temple not owned by any specific religious sect, philosophical school or otherwise definable dogma, though symbols and ideas from all branches of world knowledge may be found therein. 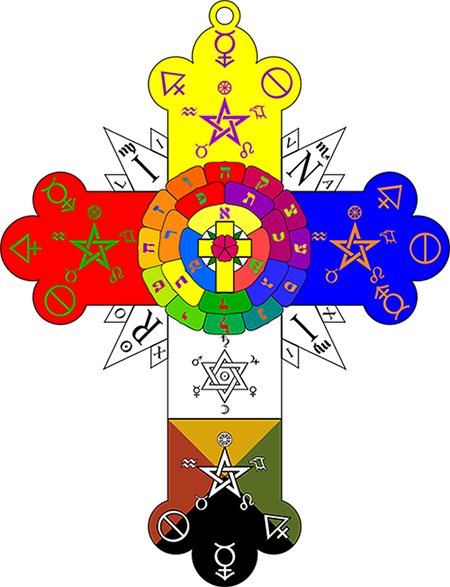 And this is a key: We have inherited an incredible wealth of knowledge and technique from the world's religious, philosophical, logical, mathematical and scientific modes of inquiry. What if all of this could be put to use, not in the service of dogma but as a set of experimental tools for assessing the development of human consciousness, with all of the empirical rigor of the scientific method to keep us from falling into sentimental delusion or sectarian bias along the way?

This has been the goal of the Western secret societies since at least the Age of Enlightenment, clandestine associations of free-thinkers who maintained silence, mystery and misdirection at peril of their own lives. But we live in a different time now, a more free time, one not so afraid of an Inquisition.

What is needed is a reliable set of tools for altering consciousness. We have them. Higher yoga, for instance, can produce physical ecstasy and liberation from conditioned identity, on demand, for free. It takes considerable training, but it's possible. "Magick" itself, the historical and technical term for the techniques of applied Qabalah and consciousness-altering ritual, can immensely improve one's concentration, focus and intellectual ability.

In decades past, this information was largely inaccessible outside of covert groups, private collections and university libraries; simply finding it was a major hurdle to surmount. Now, with all of the secrets out and easily accessible via the Internet, we have a new problem: identifying the truly important information in the vast sea of utter nonsense. Magick is a complex subject, and in its more vulgar forms appeals to, shall we say, the not particularly intellectually clear. That means that there's just a lot of wrong information out there. For every set of The Equinox, we have ten thousand New Age books, edgy faux-grimoires and trumped-up, absurd individuals claiming "special" knowledge and powers. Even the most sincere teachers of mysticism or meditation may be marred by their own incomplete understanding, cultural baggage or the all-too-common temptation to patch holes in technical instruction with sentimentality and truisms.

What's needed is a proper presentation of this material, with the central instructions isolated and offered in a clear, no-nonsense fashion so that students can quickly absorb and apply the experimental techniques in their own lives. No spookiness, obfuscation, dress-up, pretention or imposed hierarchy. If something is truly to be kept secret, it can easily be hidden in plain sight, as the genuinely secret information in magick cannot be understood except by those who are ready to understand it, and who are therefore already fit to receive it. Ignorance and ineptitude provide their own blinds. 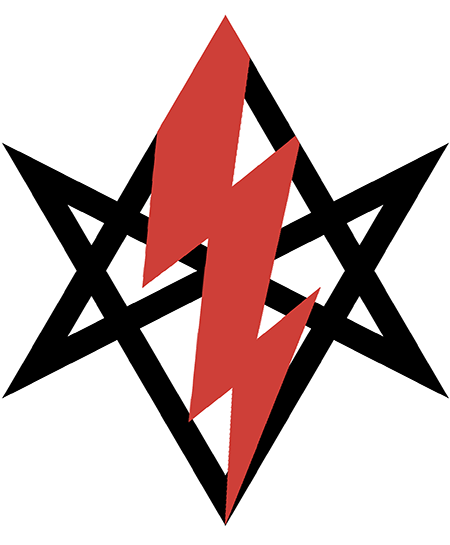 The clear and immediate benefits of magick are:

These correspond, in sequence, to the elements Earth, Air, Water, Fire and Spirit.

In a profoundly meaningless culture, it can come as an even more profound shock that not only does a system to attain higher consciousness exist, but that it can be methodically and precisely taught. Spirituality should not be the realm of accepted dogmas and priesthoods, nor should it be the realm of predatory snake-oil salesmen, nor should it be defined as an aberrant chemical spasm of the brain. It should be the domain of exploration, experiment and empiricism, just like every other branch of the human intellectual project.

Unfortunately, this (as of yet) hasn't happened, because:

In our society, the only place that magick is given space to exist tends to be in the arts, where it can be written off as a harmless eccentricity or matter of style. Unfortunately, a matter of style is generally what it remains. Beyond that, the public feeds off of techniques cribbed from the notebooks of magicians and taken out of context to suit the quick fix and the quick buck—corporate mindfulness seminars, NLP, commercialized yoga, and the like.

I have no great hopes of rehabilitating the image of magick in the public eye. However, I can rehabilitate the way it is perceived by a small group of truly committed people prepared to do the work and reap the benefits. I can teach it, and teach it clearly.

Liberty, Equality, Fraternity—let the new order spring from those capable to assess the work, no longer constrained by non-access to instruction, or by elitism, exclusivity or prejudice. Let the pressures of the work and the nigh-insurmountable labor of overcoming the mind itself be the only hurdle, for it is hurdle enough.

May a thousand wizards bloom.

At Magick.Me, you can learn magick and meditation—anywhere, on your own timeline. Supercharge your life with empowerment, clarity & purpose. Stream in HD to any device. Binge or take bite-sized units one by one. Build your skills. Become who you are.

Magick∴Me exists to bring the teachings of the great esoteric traditions of the world to a new generation of students.

The goal of these teachings—from Eastern meditation to Western ceremonial magick—is the practical training of the mind to achieve and maintain single-pointed focus, so that it can bring the totality of its power to bear on mastering life, one moment at a time. It's a common saying that you can do anything you put your mind to. Yes, but only if your mind is properly trained—just as your body must be properly trained to run a marathon.

We seek to do three things:

1. Modernize the world's esoteric traditions for a new audience, with all of the obfuscation, dogma and dress-up games removed, and the essential core teachings presented clearly and rationally.

2. Provide students with effective tools to master their own minds and beings, and thereby to gain the true magical power: Power to live the life they choose, on their own terms.

3. Present spirituality as a creative individual art form, a realm of scientific experiment, and a wide world to be explored by each student in their own unique way, instead of as a set dogma or creed.

Have a support question? Get in touch here: